Another new poster has emerged for Guy Ritchie’s new Sherlock Holmes movie.  The newest one shows Robert Downey Jr. and Jude Law looking rather dapper as Holmes and his sidekick Watson. 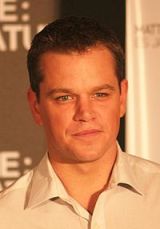 According to Variety Matt Damon and Josh Brolin are in talks with the Coen Brothers to join Jeff Bridges in True Grit, Joel and Ethans remake of the iconic 1969 Western, based on the 1968 novel by Charles Portis.

Big Lebowski star Bridges is lined up to play US marshal Rooster Cogburn. While Damon is in line for the part of the lawman who teams with Cogburn, and a 14-year old girl to track her father’s killer into hostile Indian territory. Brolin, who previously worked with the Coens on No Country for Old Men, is in talks to play the killer.

Scott Rudin and Steven Spielberg are set to produce the movie which Paramount Pictures will put into production next March for a late 2010 release.

The original True Grit is one of the all-time great Westerns, with John Wayne winning an Academy Award for Best Actor for his portrayal of Rooster Cogburn. In lesser hands this remake could be a disaster but the Coen’s has a great track record and No Country for Old Men proved they can nail Westerns. 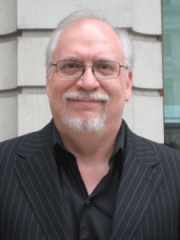 Uber-producer Jerry Bruckheimer and Disney are keen to develop the 2K Games’ video game Shattered Union, with J. Michael Straczynski having been approached to adapt.

The video game Shattered Union focuses on the break-up of the United States following a second Civil War. Players control one of the warring group of states (California Commonwealth, The Confederacy, Great Plains Federation, New England Alliance, Pacifica, and Republic of Texas) or a European peacekeeping unit sent to reunify America.

Writer J. Michael Straczynski is very much in demand these days with his martial-arts action movie Ninja Assassin due out on November 27th. In addition he is currently writing a Silver Surfer film for Fox and a Forbidden Planet reboot for Warner Bros. He has also adapted Max Brooks’ excellent Zombie war novel World War Z for Paramount, while Paul Greengrass is set to direct his Vietnam War drama They Marched Into Sunlight for Universal.

I’ve always wanted to play Shattered Union but I never got round to buying it. The plot is intriguing so I’ll be keeping my eye on this one.

Written by Dan Milano, one of the creative forces behind Robot Chicken, the remake will bring Johnny 5 into the 21st century. Built by the military to be a highly sophisticated weapon, Johnny 5 develops a conscience and personality after being hit by lightning. He befriends a lonely boy and his fractured family.

No qualms about admitting this but I absolutely adored Short Circuit as a kid. To this day I still want a Johnny 5 all of my own. I’m very apprehensive about this remake.

Columbia Pictures has released three new TV spots for Roland Emmerich’s latest end-of-the-world epic 2012. The movie centres on a global cataclysm that brings an end to the world and tells of the heroic struggle of the survivors. John Cusack, Chiwetel Ejiofor, Amanda Peet, Oliver Platt, Thandie Newton, Danny Glover and Woody Harrelson star in the film which is set to be released November 13th. In the meantime check out the cool vids.