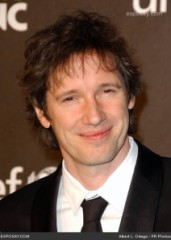 Can’t somebody please stop Paul W.S. Anderson? I mean tie his shoe laces together or something. Just gently usher him away from a video camera to a nice cozy padded room someplace.

It appear the “auteur” is keen to film an adaptation of Konami’s best-selling video game Metal Gear Solid. Columbia Pictures hold the rights to the franchise which centres around the exploits of Solid Snake, a retired soldier working to neutralise the threat of Foxhound, a renegade special forces unit.

Not content with leaving the video game adaptations there, Anderson is also rumoured to be working on Castlevania for Rogue Pictures. The movie is set to focus on the origins of Dracula and the uprising of the Belmont Clan, a vampire-slaying family who supposedly become humanity’s last hope. Thankfully nothing has happened to date as they are still waiting on a script.

Now I’m willing to forgive the man for Resident Evil, as it wasn’t bad. And for Mortal Kombat, as that was pretty much unfilmable to begin with. However, despite making the underrated Event Horizon, I am still unwilling to forgive the cinematic travesty  that was Alien vs Predator, which butchered two brilliant franchises. Also his last movie, Death Race, was pretty damn awful.

Could be worse though, it could be Uwe Boll.